Rassler release 11 should already be available in your itch app, or on the website. It contains within it a few seemingly small changes which took way more thinking than you'd hope:

* The match quality system: Every match your rassler has will be rated on a scale of 0-4 stars, with the statistics of both competitors factoring into the results along with some randomness. When you first start, your matches won't be very good because... you won't be very good yet. To get an all-time classic you'll need to train and wrestle a lot of matches. 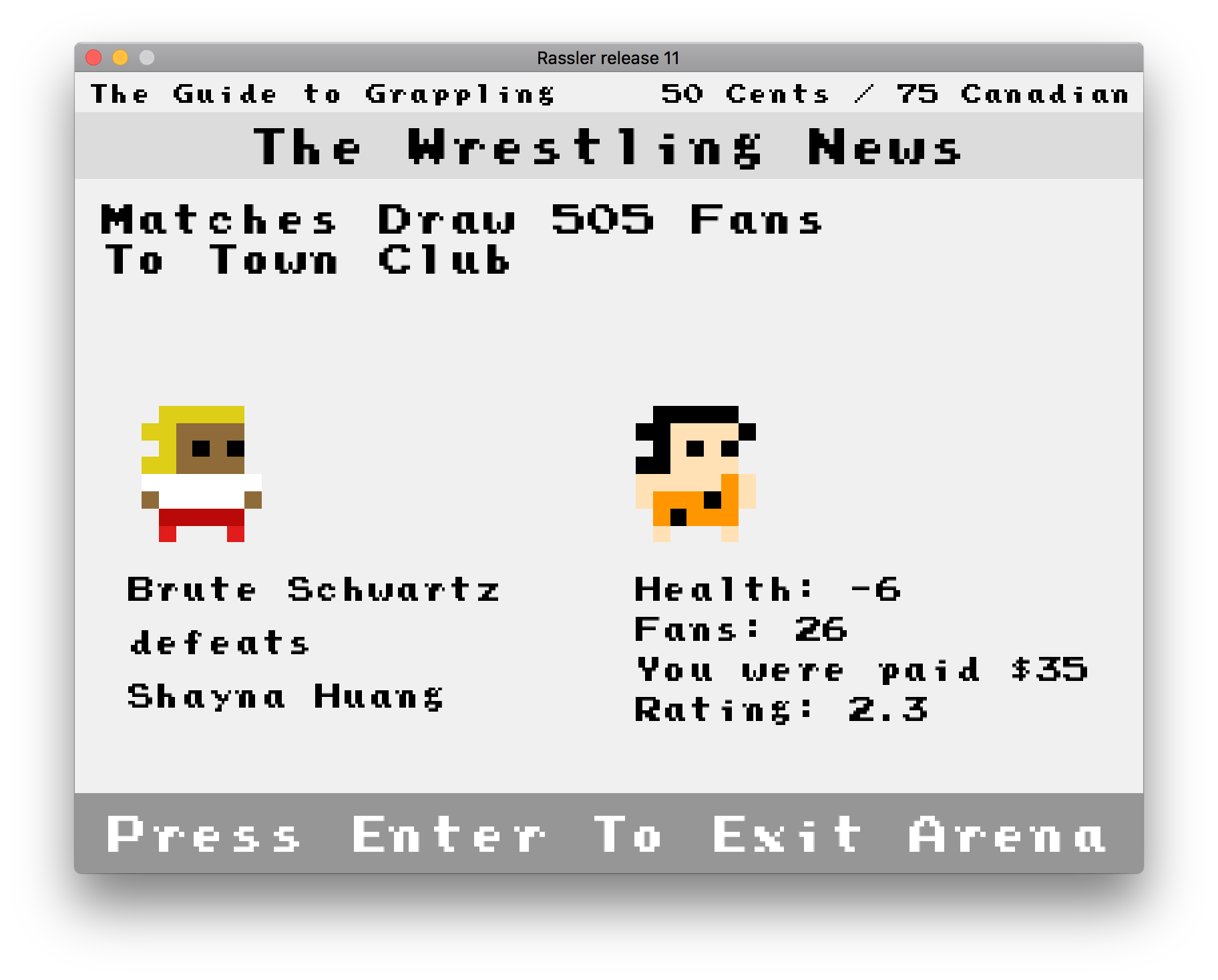 * A refactor of character generation, territory generation, and match logging. This isn't very exciting to most of you, but the way characters are generated (aka rolled up) has changed and now scales based on the `rank` of the character being generated. Each rank gives a +1 to the low end and a +1 to the high end of each skill (athletics, strength, showmanship, and technical). Similar to D20 systems, your rating in each skill confers certain bonuses in various situations. A high technical skill makes it more likely your matches will be good, and make you less likely to hurt someone (or yourself) in the ring.

I'm going to go make dinner now. Salmon burgers. The next rassler release will reconcile some of the changes made here, and won't be a proper "Release 12" but just an update. Taking it slower than before which was slower than before...