Rassler release 10 (incorrectly listed at Release 11 in the first push! Whoops.) is fresh out of the oven that is my fevered brain! I hope you like it and tell other people how good it is. That stuff helps a lot.

We went to a really good indie show here in San Francisco last night, put on by Pro Wrestling Revolution and featuring none other than Jushin "Thunder" Liger. It was pretty amazing to see Liger live, from the front row, in a high school in 2018. "Legendary" doesn't even do the man justice. 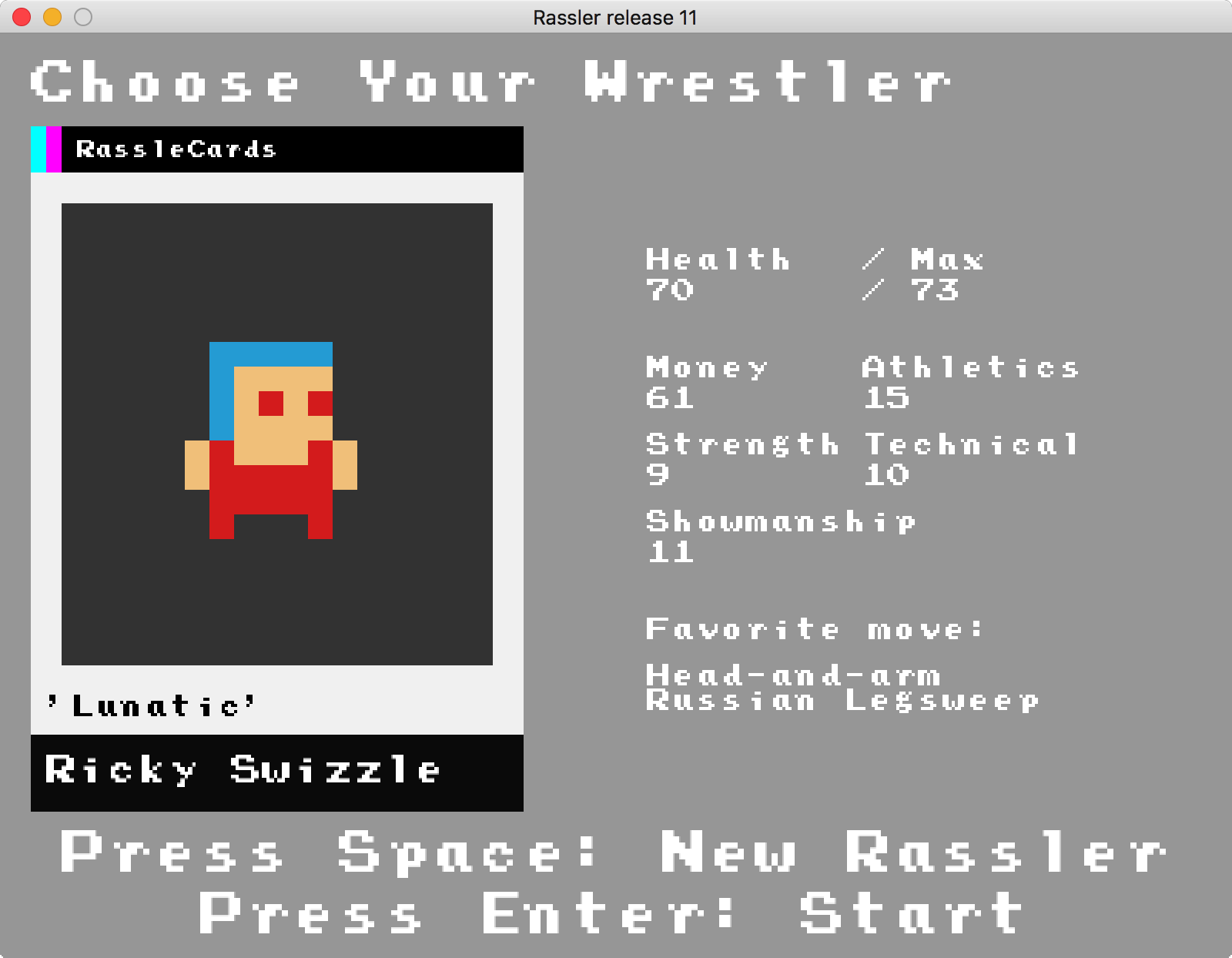 Anywho, Release 11  brings about a couple of big, noticeable, changes:

General note: I feel like I've been biting off too much for these releases. Release 12 is me taking a stab and changing that. Instead of doing big releases every few months, with a lot of changes, I'm going to do smaller releases every week or so. You're a big part of this, too. Your feedback and reviews carry a lot of weight with me, and really do have an effect on how the game is developed.