A downloadable game for Windows, macOS, Linux, and Android

Chipping Challenge is a smooth physics-based meditative golflike designed to chill you out. Seemingly simplistic, the gameplay is just challenging enough to be rewarding and the multiple playfields, procedurally generated courses, and per-level wind make every single game different.

In Chipping Challenge failure is punished only in the mechanical sense. Particle effects float in the air when the ball hits the ground and the player has a persistent, swooshing, trail. The music and sound effects have likewise been chosen to put the player at ease.

Game assembled by Phil Nelson with apologies to the excellent Desert Golf and sequel Golf on Mars.

The music is Ambient Universe.

This game is based on the Endless Golf unity asset. 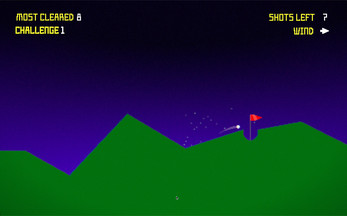 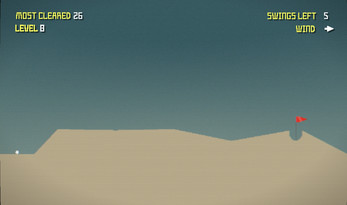